William Tomkins Leonard was born in  June1877 in Cheltenham and along with Charles Baker was a founding member of  the Cheltenham and District Skittle League in 1906. William Leonard became the Treasurer of the league  and remained in that position until the out break of the Great war. Charles Baker becoming the League Secretary. William Leonard worked for many years as a compositor at the Gloucestershire Echo moving on to the Bath Herald before returning to Cheltenham and joining Messrs Harvey and Healing. In 1912 he became the Licensee of the Whitesmiths Arms in Gloucester Road, Cheltenham moving on to the Coach and Horses in Pittville in April 1919.He was the Hon. Secretary of the Cheltenham Rugby Club at the time of his death in March 1932 aged 54 years. 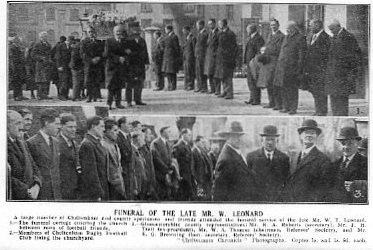 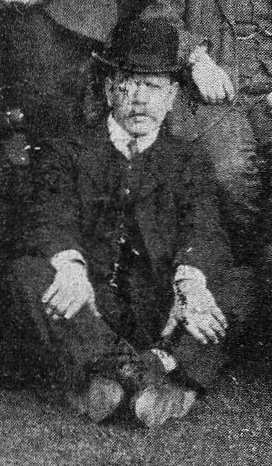 William Bridgen was President of the Working Mens Club Skittles team. He was a Bowls player for the Norwood Bowls Club.

Arthur William Ryder played skittles for the Prince of Wales. Arthur was the father of Ivor Ryder, President of

the Cheltenham Skittles League from1948 'til 1973. Arthur was Landlord of the Little Crown in Commercial Street in 1903

and the Prince of Wales 1919-1927. He was on the committee of Skittle League and the Cheltenham Air Gun Club. 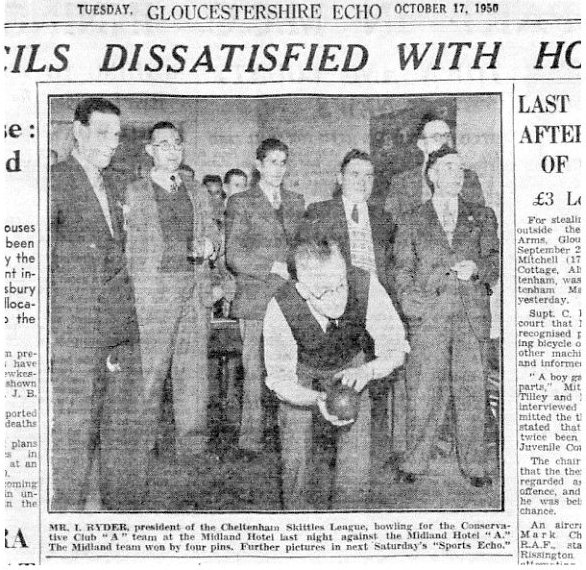 Tom Crook was the Landlord of the Tivoli Inn in 1919-27. In 1911 he had the best average in the league and took the Arthur Miller prize

Sid Tibbles ( born 1878 died Cheltenham 1963) was one of best players in the early days and won many  medals playing for the Royal Oak in the High Street. He was born in Birmingham and was brought to Cheltenham by parents Sidney  (Snr) and Emily  when they became Landlord and Landlady of the Coopers Arms in 1891 in the Strand and later at the Engineers Arms in 1919 by 1926 / 27 Emily was Landlady. Sid (Jnr) was a hairdresser by trade. He was always invited to attend all  end of season dinners whatever the team as he played the piano  and all functions finished with a sing song. 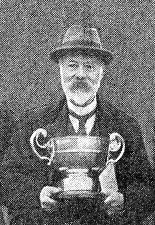 J. Gardner played for the Royal Oak 1910 onwards winning many trophies and his scores showed he was amongst the best.

When the league reformed in 1938 he became the Cheltenham Skittle League Secretary from 1938 'til 1940. He is the connection between the earlier league 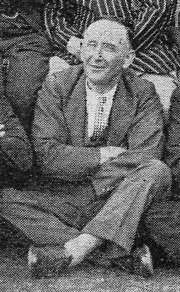 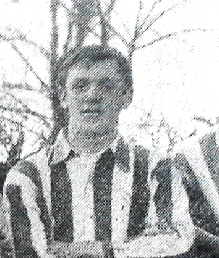 F. Hillenbrand played for the Angle Stores had the highest score in 1915-16 season with 36 (3 hands)

was a regular in the top scores in the 'Sporting Gossip' in the Echo. 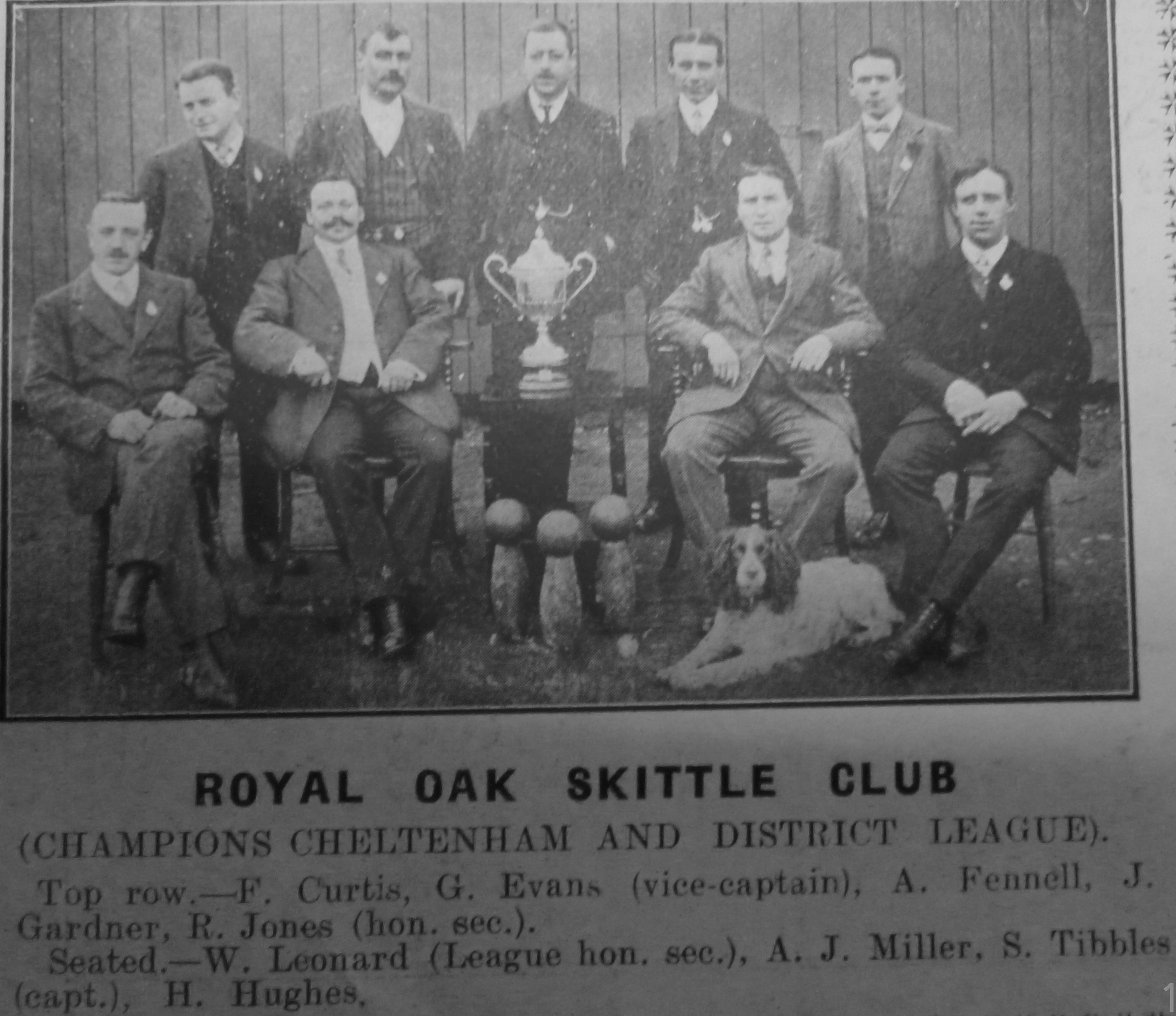 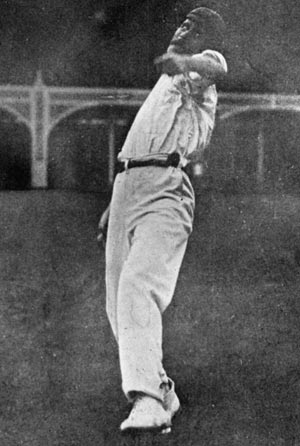